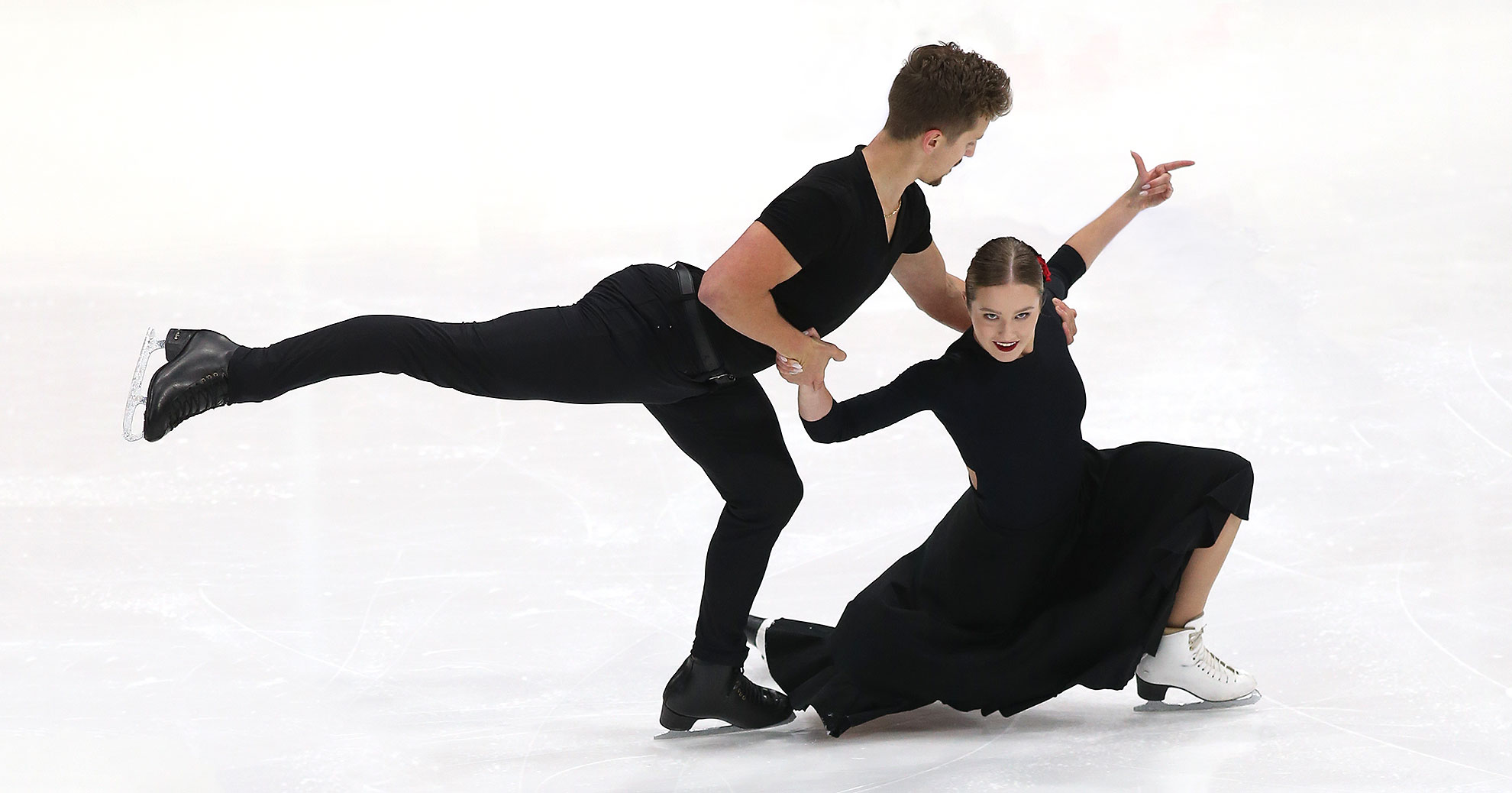 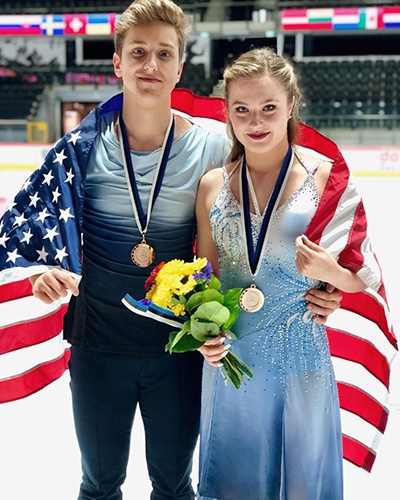 January 27, 2020:  We finished fourth at the U.S. Championships – our highest placement to-date – and are first alternates for Worlds.

September 29, 2019:  In back to back events, we collected a silver medal at the U.S. Classic and a bronze at Nebelhorn Trophy.

August 3, 2019:  We started our season with a silver medal at the Lake Placid Ice Dance International.

November 17, 2018:  We won our first Grand Prix medal, a bronze, at Rostelecom Cup in Moscow, Russia.

November 3, 2018:  We finished fifth in our Grand Prix debut in Helsinki, Finland.

September 28, 2018:  We won our second medal of the season, a bronze, at Nebelhorn Trophy in Obertsdorf, Germany.

September 16, 2018:  In our senior international debut, we won the silver medal at the U.S. International Classic in Salt Lake City, Utah.

March 10, 2018:  We finished second at the 2018 World Junior Championships in Sofia, Bulgaria and are bringing home the silver medal.  It’s been such a great season and we are so grateful for the support of our coaches, families, friends and fans.

January 5, 2018:  Last week, we won the gold medal at the U.S. Championships. Overall, we are pleased with our skating and will continue to push ourselves to improve both in our technical elements and our performance ability in preparation for our second World Junior Championships.

December 9, 2017:  We just completed our competition at the Junior Grand Prix Final in Nagoya, Japan, where we set a new personal best in the short dance and won the silver medal.  We are looking forward to Nationals in just a few weeks.

September 23, 2017:  We won our second Junior Grand Prix gold medal at the Minsk Arena Cup in Belarus. We will compete in our second consecutive JGP Final in December.

September 1, 2017:  At our first Junior Grand Prix event of the season, we finished first in the short and free dances and brought home our first JGP gold medal.

July 31, 2017:  We debuted both of our programs at our first international event of the season – the Lake Placid Ice Dance International.  Our results have been updated on our Events page.

March 18, 2017:  In our first trip to the World Junior Championships, we are bringing home the bronze medal.  Thanks to everyone for your support this season.

January 20, 2017:  We won the silver medal at the U.S. Championships and have been named to the 2017 World Junior Championships team for Team U.S.A.